ignio™ Predicts Batch operations! By the way, it also predicted a Marathon!

If we tell you that Artificial Intelligence can predict the winner of a Marathon even before it finished, would you believe it? Maybe now your guess might be as good as anyone else’s, but by the time you finish reading this, you will believe it that it can happen and it has happened. ignioTM has predicted the leaderboard of the one of leading Marathon globally, halfway into the event. Though that Marathon is cancelled in its glorious 50th year, this year due to Covid-190; Not a bad day’s work for an AI right? But how did we end up here? Let’s rewind a bit, back to 2018.

Marathons are one of the high visibility events in the world. With TCS and Tata group being sponsors of the top marathon events in the world, this gave us at ignio a large stage to run the experiment. We chose A leading Marathon event for a proof of concept because of its sheer event size. The 2018 edition of saw more than 50,000 runners and a million followers. We did a proof-of-concept for this marathon and correctly predicted the leader-board half way before the finish with less than 40 seconds error. 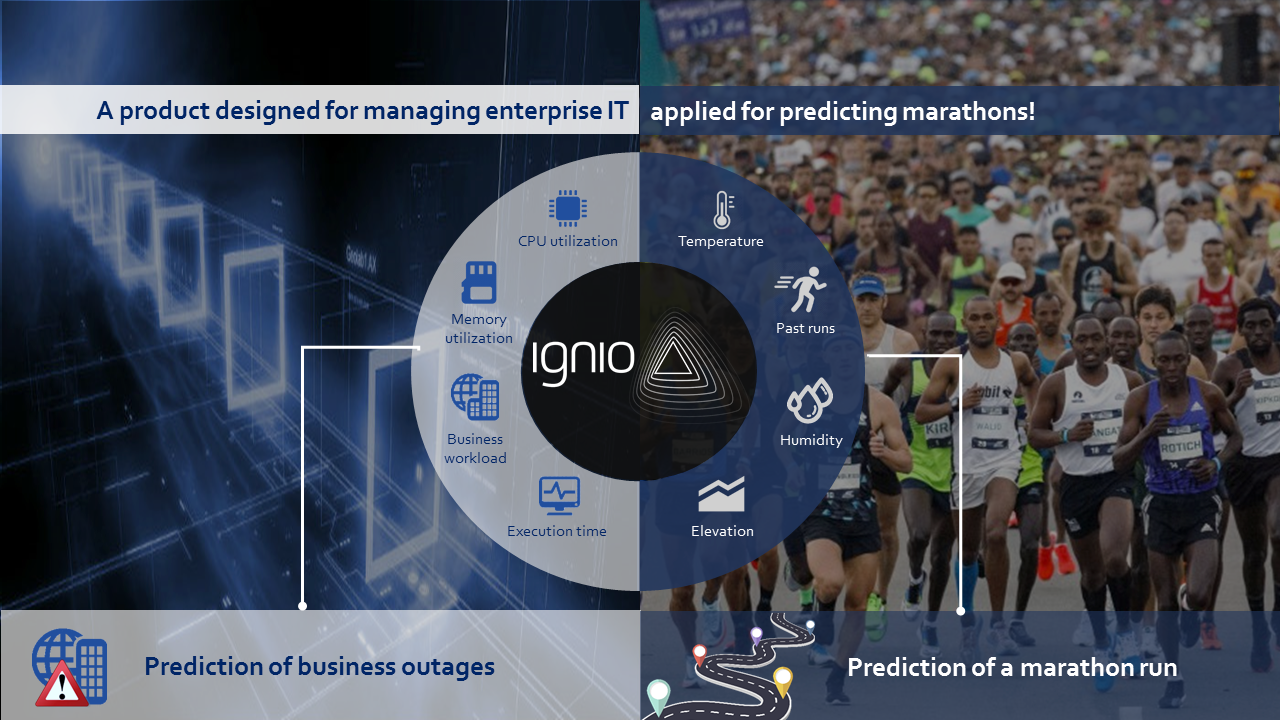 Our biggest challenge was to apply ignio in a completely new domain (marathons) for us. We had to abstract the problem of predicting marathons to the right level to draw parallels between the prediction of a runner’s finish time and predicting the response time of a URL / or the read time of a disk / or the execution time of a business process! Another challenge was to capture and model various factors that influence a runner’s finish time, such as temperature, terrain, and humidity thus making prediction a complex multi-variate problem.

A challenge that was unique to marathon prediction was the small-data problem. A marathon event is held once a year, hence relevant history available for a runner is only of the past five to seven years, which translates to five to seven data points per runner! Another unique challenge was to predict the first-time runners with no history at all!

Our break-through moment in this challenge was when we could draw parallels between predicting the finish time of a marathon runner and the execution time of a batch process!

We modeled a marathon run as a batch process as follows:

The same multi-variate prediction algorithm was used to predict the run time of each mile of each runner. The algorithms considered trend and patterns in historical runs as well as environmental variables of that mile such as temperature, elevation, and humidity.

We received real-time feeds about the runner’s run time as well as changes in elevation, temperature, and humidity. These feeds were used to adapt the predictions in real-time. 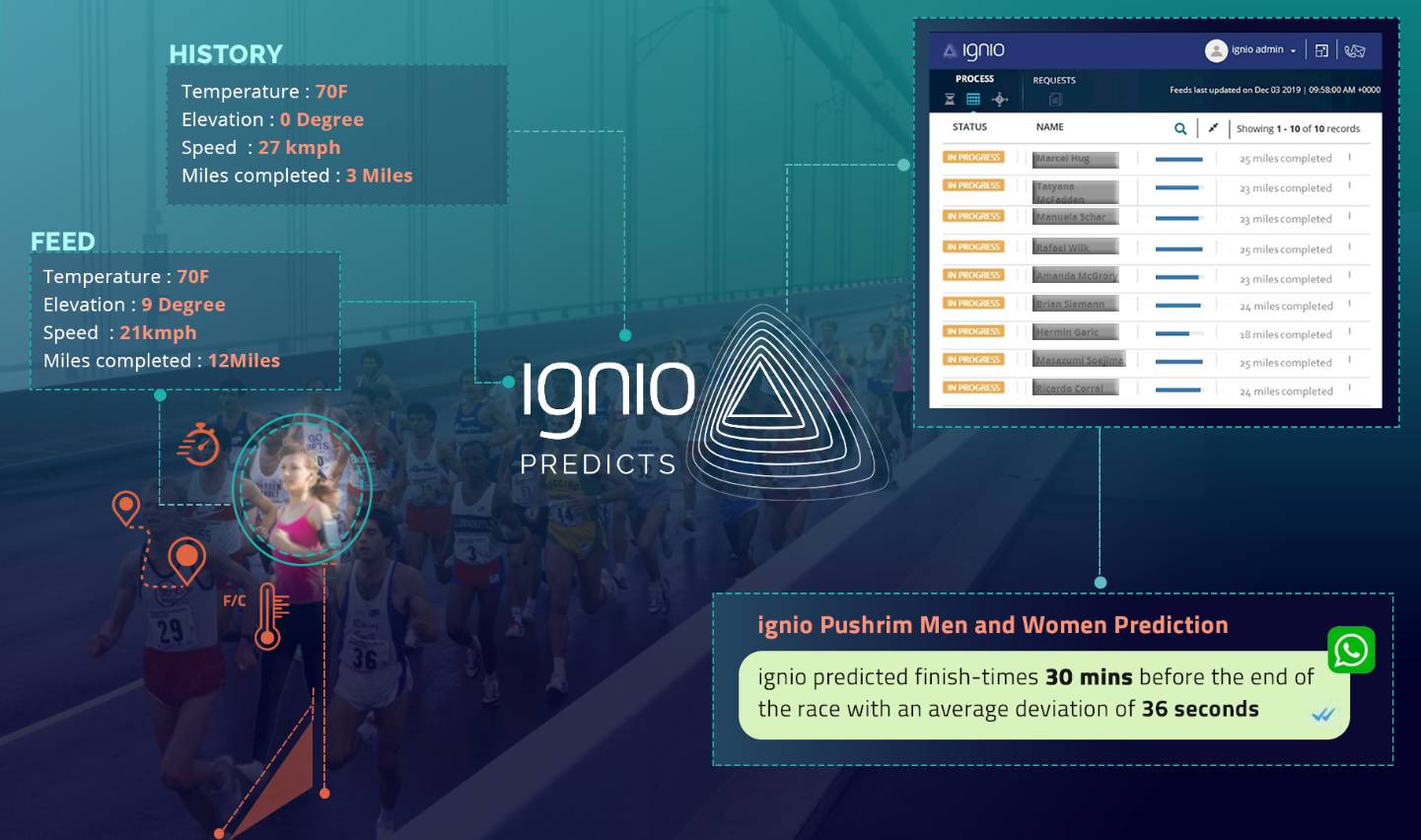 Earlier, we had collaborated with the Parent organization of Marathon event for our first proof of concept. They organizes various high-profile marathons round the year. Marathon organizers provided us the historical data of past 10 years of runs of 61 elite runners from four running categories – pro men, pro women, push rim men, push rim women. We used this data to create prediction models.

Furthermore, during the live event of the Marathon, we also received real-time feeds of the runners’ progress which was used to adapt the predictions in real-time. ignio was predicting the runner’s leaderboard in real-time and publishing its predictions on a WhatsApp group.

ignio correctly predicted the finishing order of runners of the 2018 Marathon at the half-way point in the race with a prediction error of 36 seconds!

The 2018 Marathon was just one event. We can replicate these results. to not only predict results, but also for many decision-making instances in IT operations and business operations. It is only a matter of time that the world witnesses the true value of AI and ignio. 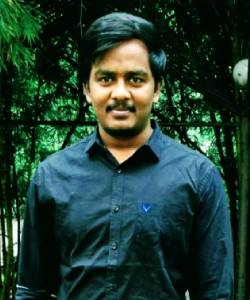